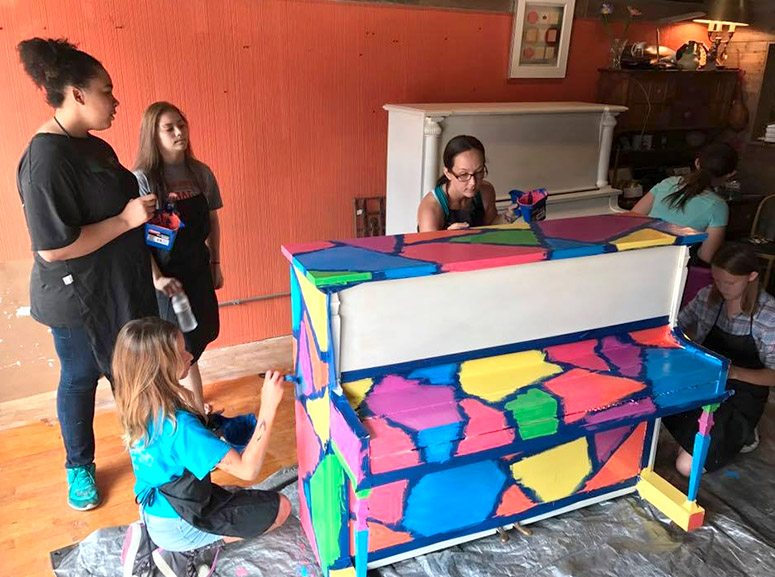 Kalli Dempsey could not wait to get her hands on a brush. She watched eagerly Wednesday, July 26 as a handful of youth from Crosswalk Teen Center applied the first touches of color to one of two pianos that will be put on public display in downtown Charlotte. It didn’t take long for Dempsey to join in the fun.

“We are really excited to see this finally happening,” Dempsey said Wednesday.

The pianos represent Charlotte’s first effort to join the Keys in the City movement that started a few years ago in Lansing, which places painted pianos in public spaces encouraging anyone with the desire to sit down and play. Dempsey, who is the board treasurer for Windwalker Underground Gallery, was part of a group that has been working for nearly two years to bring the program to Charlotte.

“It’s been satisfying to help lead efforts to get all the right players in place,” Dempsey said.

The project received funding from Hayes Green Beach Memorial Hospital, which was looking to support an arts project for local youth, a mini-grant from Can Do!, a contribution from CharlotteRising, a donation from the Capital Area Blues Society, an in-kind donation from Two Men and a Truck, and support from the City of Charlotte and Keys in the City. The pianos were donated to the program by Gale Briggs, Inc., and Kathy Geiger and family.

“These painted pianos are a small victory for Downtown Charlotte, but show promise for a vibrant future ahead,” said Josh Holliday, Tri-County Development & Placemaking Manager for the LEAP. “Placemaking is a strategy we use to create engaging public spaces that a community can take pride in and contributes to a greater sense of place. Through LEAP’s placemaking pilot program, ENGAGE, we are proud to have worked with residents and leaders in the City of Charlotte to bring this project to fruition and showcase what is special and unique within the community.”

Painting, led by local artist Deeanna Denio, took place Wednesday and Thursday of last week and both pianos will be unveiled Wednesday, Aug. 2. One will reside on the sidewalk in front of Windwalker, located at 125 S. Cochran Avenue, and the other will be displayed at Courthouse Square.

“It’s great to be a part of the community as a whole, and feel like we are part of the forward progress here in Charlotte,” said Rick Todd, Crosswalk Teen Center director. “I love the Windwalker team and working with them.”

Dempsey said involving local youth in these kinds of projects instills a sense of pride and ownership of their community.

“It’s awesome to get the youth involved and give them a fun, creative outlet,” she said.

Holliday said projects such as this help create a place that residents are proud to call home, which helps build the abundance of talented workforce and supports efforts to attract and retain the strongest companies to the region.

The pianos will be displayed through September before being moved indoors for the fall and winter months. 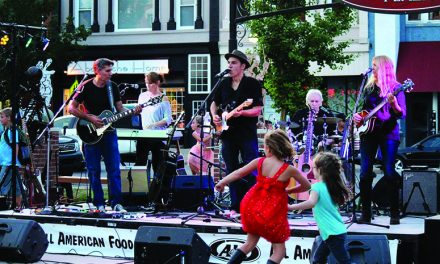 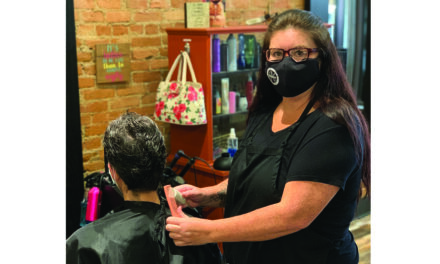 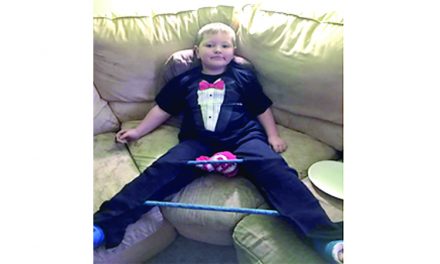